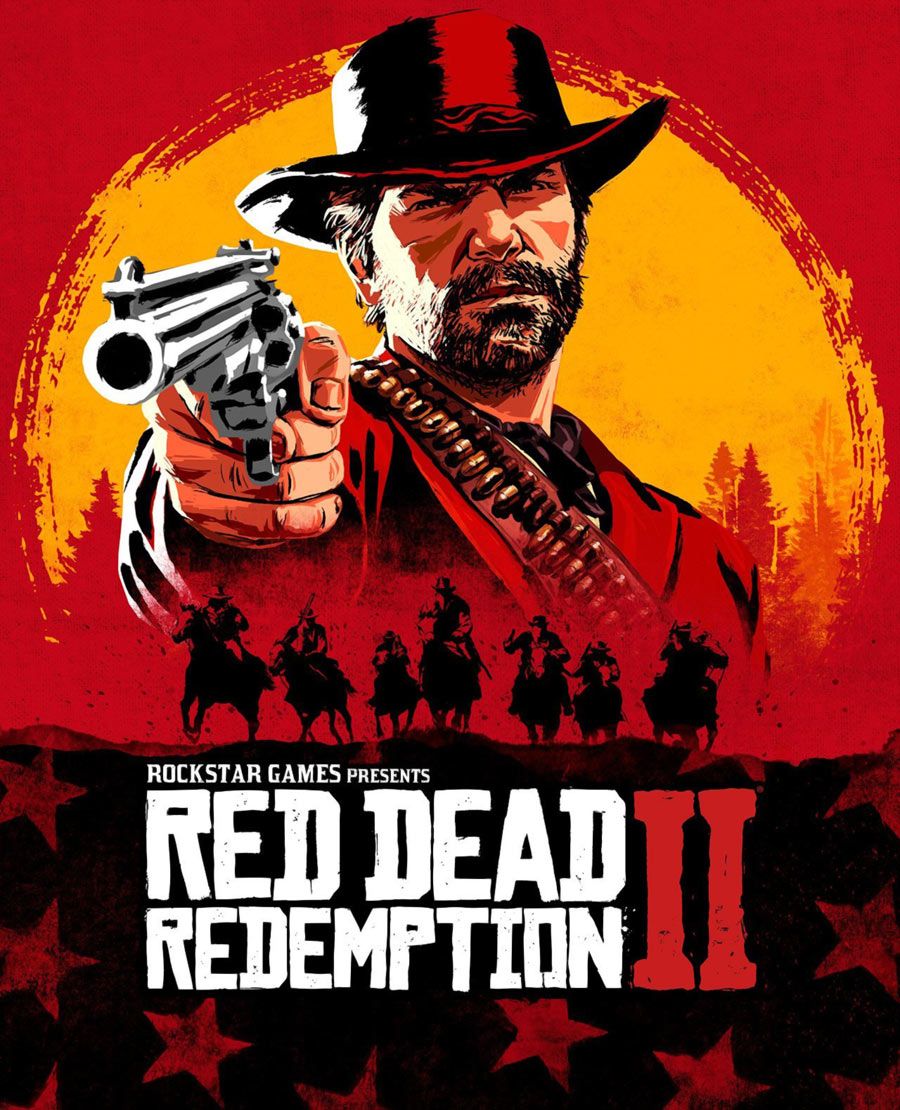 The game feature the wild west and the gameplay includes classic western elements like, Shootouts, Robberies, hunting, horses and interaction with the NPCs in classic western style. The gameplay is full of action and adventure through both first and third person perspective. The game present an open world environment with a fictionalized version of the western, Midwestern and Southern United States in the year 1899. The game has both the single and Multiplayer game modes. The Multiplayer game mode was released under the Red Dead Online.

Player will take control of an outlaw and a gang member of van der Linde gang, Arthur Morgan. Morgan will have to complete a number of missions along with other objectives. Players will have to counter their enemies by using melee attacks, guns and explosives. Apart from the missions, player can explore the game’s open interactive world. One key feature of the game is it’s enhancement of combats compare to it’s predecessors. The combat use new system mechanics and the addition of usage of a bow.

The vast and unexplored open world of the game features diverse landscapes, travelers, hijackers and wildlife. Being set in the wild, horses are the only available main transportation source in the game. There are a variety of horses with different breed, each of these breeds has it’s own attributes.

Players are able to steal horses and train and tame them. Feeding, cleaning petting the horses can have a bonding effect, which gives advantage to the player while riding these horses. Apart from the main transportation source, horses, there are also stagecoaches and trains for transportation and resource gathering. Players can high jack a train or stagecoaches. They can rob the resources and also the passengers. 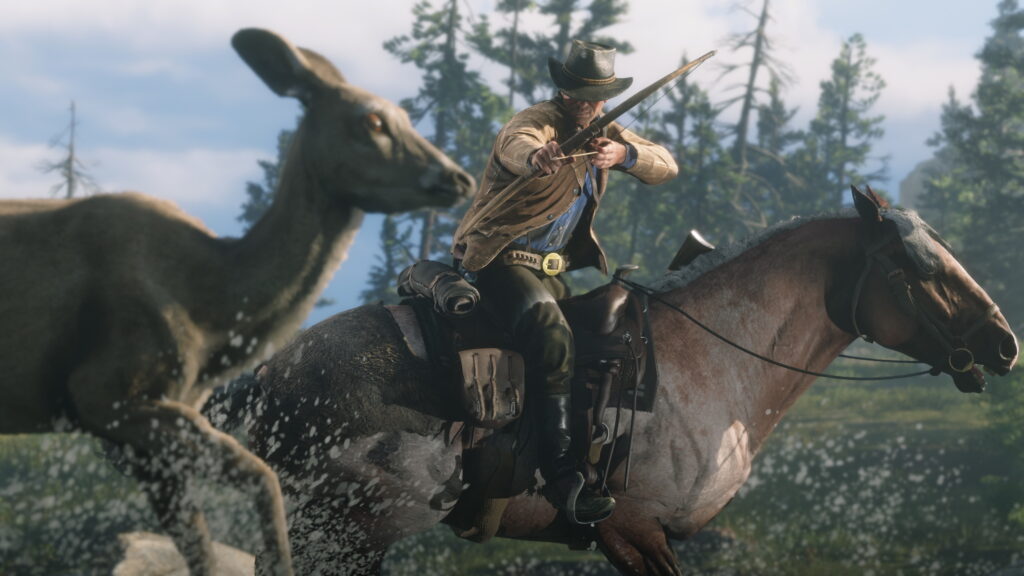 Apart from the main mission players can explore the game’s open world. While exploring players can encounter, crimes, ambushes, need of assistance, ride by shooting, Public execution and animal attacks. Players can offer assistance to the people in need. These people will reward the players when they meet them again. Players can also take part in small tasks with other NPCs like bounty hunting and gathering other items present in the map. Players can also search for treasures which give numerous rewards.

Hunting animals is also an important aspect of the game. While hunting players will have to choose their choice of weapon, which can inflict much damage upon a single blow. The choice of weapon and shot placement affect the quality of meat, consequently fetching higher price from the traders. Player will have to skin the animal immediately other wise it will rot and turns into carcass which attract wildlife.

The game give much importance to the choice of players. At certain occasion it will give players the choice weather to accept or decline a side mission. Red Dead Redemption 2, unlike it’s predecessors has a dynamic system for interaction with in game NPCs. Players can choose different dialogue trees, for example player can have a friendly chat with other NPC or they can insult them. Player can also kill NPC for resource gathering.

Like it’s predecessors, the game is continuing the system of karma. Doing good deeds will have a positive affect on the player’s character and a bad affect will see a decline in the player’s honor. Maintaining a high honor bestows rewards upon the players, like special outfits and getting discounts in the stores. The game doesn’t want players to be at their moral best all the time, as sometimes lower honor can be beneficial for the player. Like players can get a high reward by looting a dead bodies. 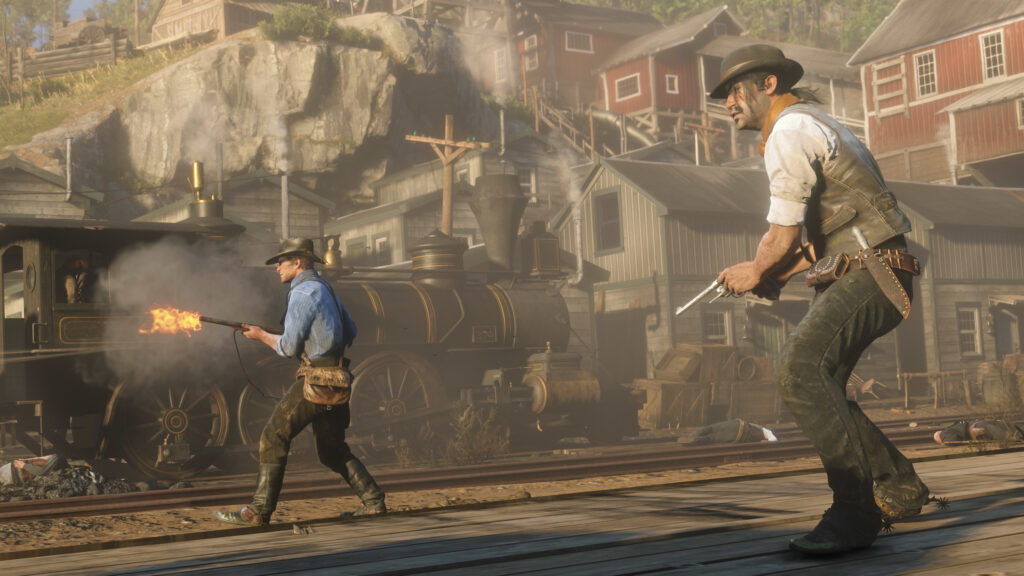 The online Multiplayer element of the game was released on November 27, 2018 under the title Read Dead Online. During the play, player will have to first customize their character and then will have a choice of either playin alone or in a group. To progress through the game players will have to complete a series of tasks, which will earn them experience point to to rise up the rank. Being similar in core gameplay and more feature, Rockstar Games, perceives Red Dead Online as their separate product.

A stand alone client for Red Dead online, which does not require the base game was released on December 1, 2020. In July 2022, according to the statement released by the Rockstar Games, Red Dead Online won’t be receiving any further major updates. The game would only focus only on smaller missions and the expansion of existing modes.

How to Download Red Dead Redemption 2 on PC for Free? 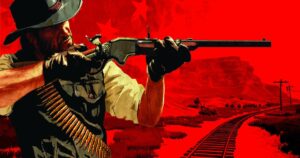