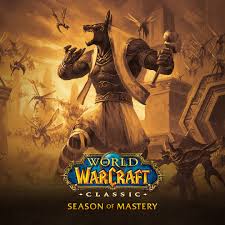 Realizing his treason, Illidan Stromage, joins his brother’s resistance against the deadly assaults and damages caused by the magic of portal Sargeras. Despite the change of hearts, Illidan Stromrage, has been put to trial, for deceiving and putting his fellow inhabitants in danger. The jury decides to imprison Illlidan, under the guard of night elf wardens.

When The Savior Turns Demon

The Burning Legion once again invaded Azeroth during the events of Warcraft III: Reign of Chaos. Out of desperation, Tyrande broke Illidan out his prison deep within the earth so he could fight the sinister demons and save their world. To ensure victory, Illidan consumed the fel power of the Skull of Gul’dan. In so doing, he grew wicked curved horns, cloven hooves, and leathery wings and became the very thing he hunted—a demon. This transformation forced Malfurion to exile him from their home, and Illidan disappeared into the wilds. 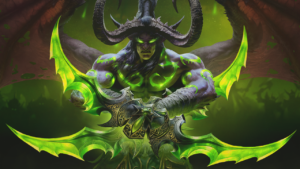