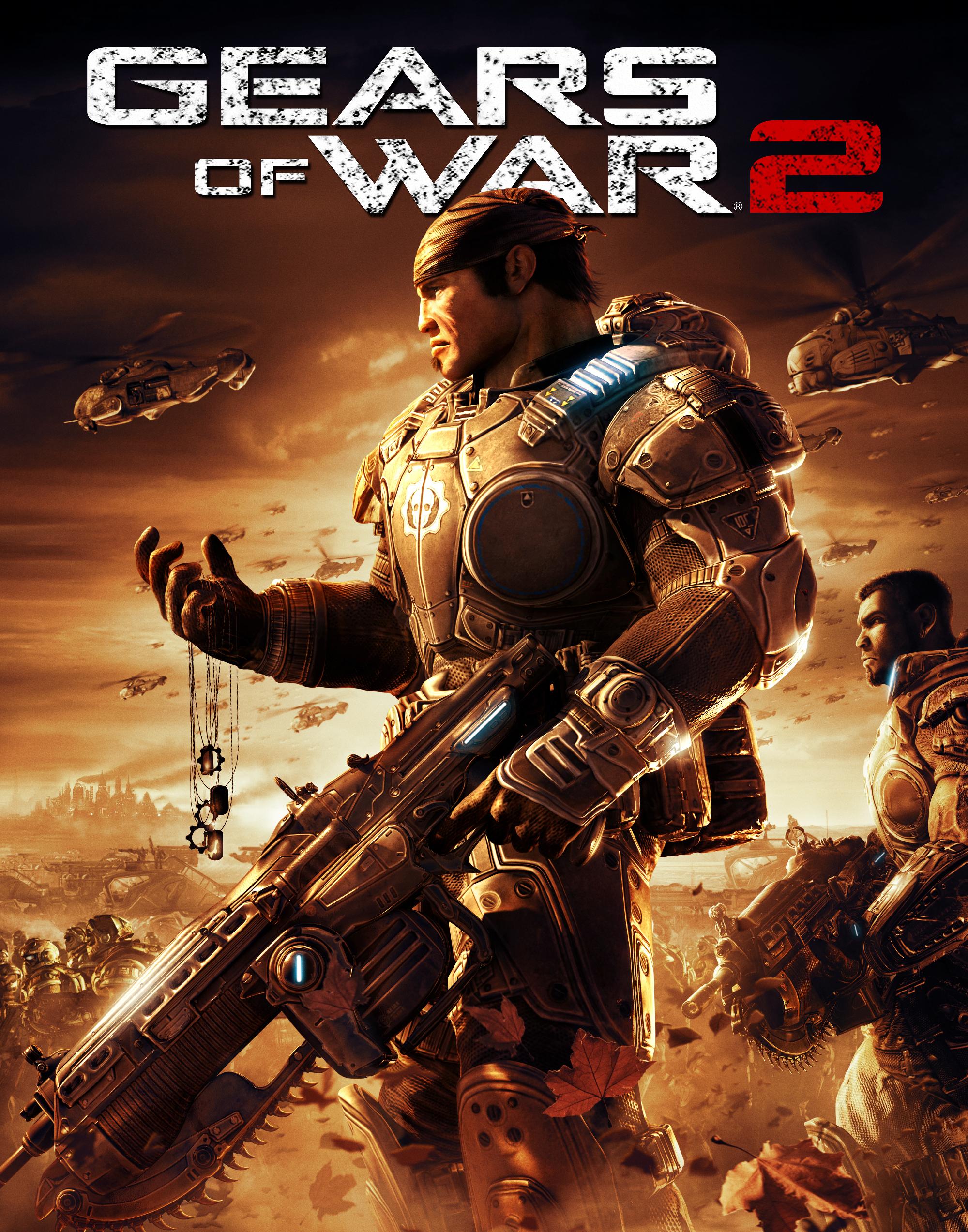 Gears of War 2 (2008) Pc Download, is a third person shooter video game. This release of the game was some what exclusive, before it was available around the globe. This game was first released in North America, Europe and Australia on November 7, 2008, and was released in Japan on July 30, 2009. Considered one of the best video game of it’s time, Gears of War 2 was developed by Epic Games and published by Microsoft Game Studio for Xbox 360.

The main story from the previous installment continues. The Coalition of Ordered Government continues it’s fight against the Locust. The main protagonist of our game Sergeant Marcus Fenix, leading his delta team into the depths of the planet. There main mission campaign is to stop the Locust attacks.

Gears of War 2, the most impressive sequel ever, in every aspect. Talk about the new Multiplayer Mode “Horde”, the developer, for sure, gave the player true worth of their money. The sequel also has inherited some of the old Multiplayer modes from the previous Installments. In this article I would give it my best shot explain the breadth and width of this game. Lets dive in.

If any of you have played the first game of the series, you would definitely feel no apparent change in the gameplay. But it doesn’t mean it is the exact copy of the first game. There are some tweaks, which I would highlight in this article. For those of you, new to this franchise, this article will prove to be very helpful before giving the game a go.

Gear of war is a third person shooter with the focus on a tactical use of cover. The player will have the option of either choosing the Marcus as the main game player, or they can switch side and be on the Locust’s team in a Multiplayer mode. Player will have to fight with a limited weaponry. They will have a pistol, one type of grenade and two types of other weapons. The players, at any given stage of the game can swap their weapons for the weapons dropped off by their enemies. They can also find other weapons to swap, in some other strategic location.

From the Gears of War 2, the developers have rebalanced the existing weapons while introducing five new ones: a Flamethrower, a chain gun, a mortar cannon, a Gorgon Pistol and the Ink Grenade. The limitation with the chain gun and mortar cannon is that, these are heavy weapons, which will slow down the speed of the player to a walking speed. The Ink Grenade has a unique effect, as it will not cause any damages upon it’s detonation, but it release a poisonous case, which is useful for driving enemies out of your cover.

Player’s health is represented by this red “crimson omen” which will fade out depending on the damage the player is taking. Once the Health indicator goes down, it can be recovered, when the player stay out of the line of fire. Depending on the damage a player takes, if the indicator goes to a threatening low, the player will go into a crawling state, where he would roam the location while crawling to find help. The player’s team can also revive him, and he can also be executed by the enemies if found.  The option of camouflaging a crawling or downing state can also be used to lure you enemies to come close, so that they can be eliminated.

The campaign mode allows the player to choose either to play as a single player or as two player cooperating together. There were two difficulty levels, “casual” and “Hardcore”. Now, in Gears of War 2, there is a third level of difficulty available, which is the “Normal”. There is also the “Insane” difficulty, which can be activated only if the player completes the game at least once. The campaign features a deeper story with new characters, new weapons, and new enemies.

Gears of War 2 has a new and improved multiplayer mode. Where up to ten players can play simultaneously. They will play in a five on five mode. Gears of War 2 includes most of the multiplayer modes, including Execution, Warzone, Annex and King of the Hill, and adds in three new modes. The Assassination from the the first Gear of War has been altered. Now it is refer to as the Guardian. But unlike in the original Gears of War, it lets the player continue fighting even after the king has been killed. But the player lose the ability to respawn.

Players can pan around a map as the camera focuses on areas of intense fighting, and the Ghost Cam allows a player to roam freely around a map. The ability to take photographs is also featured, which enables the player to take a photo, which can be uploaded to the Gears of War website and is rated on the quality of action in the shot. 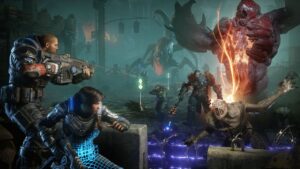