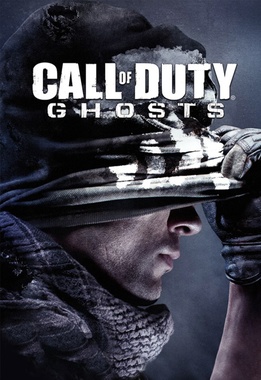 Call Of Duty: Ghosts Download PC Game is a first person shooter video game. It is the development of Infinity ward and the publication of Activision. Ghosts is overall the tenth major installment in the call of Duty. When it comes to first person shooter video game genre Call of Duty franchise is the one of the most popular game ever made. Call of Duty is available on number of different gaming platforms such as Microsoft Windows,  PlayStation 3, Xbox 360, Wii U, PlayStation 4 and Xbox One.

Much expectation from the overall call of duty franchise this edition of the game received mix reviews. The game was mainly praised by the critics for its multiplayers gameplay and specially the introduction of new game mode Extinction.

Call of Duty: Ghosts is first person shooter video game, in which player take on the role of  Logan Walker. The story of of the game is told through his eyes. Apart from Walker the game has several other playable characters like,  astronaut specialist named Baker; Sergeant Thompson; Elias Walker, member of Icarus and Logan’s father. Apart from the the human characters players now can also play as a K-9 German Shepherd, Riley. Other basic mechanics of the game remains the same as the previous editions of the game.

The multiplayer mode of the game feature changes from the previous other editions of the series. Firstly there are some new mechanics added to this mode, secondly Maps now have areas that can be altered or destroyed. A nuke like kill streak called the KEM streak has also been added to the multiplayer mode. Apart from the KEM Streak, players can also achieve the ODIN streak by either killing a certain number of players or killing top players on other team. Then players have to complete a certain number of challenges after picking up a blue brief case.

Another technology has also been added to the sniper guns called the “Dual render technology”. Players with this technology can see outside the scope of sniper, although blurred.

Call of duty: Ghosts has continued with the same game modes, while simultaneously introducing various new multiplayers game modes. Some of the mechanics of these modes are dissected below.

A modified version of Search and Destroy in which, unlike the former, players can revive themselves. This mode of the game is the fun mixture of “Kill Confirmed” and “search and destroy”.

A team based game mode in which the team with 100 kills first will emerge victorious. There is a certain rush effect to this game. Once a player kill an enemy, becomes “cranked”, meaning the player has to earn the next kill within 30 second, other the player will blow up. The detonation will have not effect on the player’ team or the enemies. Once a player get “cranked”, his movement and the grenade throwing ability up scales. This enhancement in power helps in fetching the player his next kill. 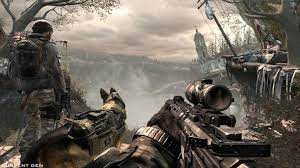 Same as in the previous version of the game. In this mode player starts off with a pistol and collect more powerful weapons with each kill. A players win when they collect all the available weapons in the game round.

The classic game mode from previous version of the franchise in which a players go up against other seven opponents. Players have to either rack up 30 kills or have to have most kill within the 10 minutes time limit.

This mode of the game has made a return in call of duty: Ghosts. Two teams goes up against each other. In order for a team to win them have to either reach the kill limit of 75 or have more kills than the other team when the 10 minutes clock runs out.

This mode is also a two team mode, in which one team has to plant bombs at their chosen two places within five minutes. The second team has to prevent and defend the sites. There is no respawn in this mode and a team emerge victorious once they win four rounds.

In this mode of the game, the two teams have to control and capture the three flags scattered around the map. Capturing a flag and holding it for five seconds give the team a point. First team wining 200 points wins the game.

This mode of the game is a variation of TDM in which two team goes up against each other. Once a team player is killed a dog tag is dropped. The enemy team has to collect the fallen dog tags, one dog tag worth a single point. Although if the dog tag is picked up the player’s teammate no point is rewarded to the enemy team. Earning 200 points gives a team victory.

How to Download and Install Call of Duty: Ghosts For Free on PC?

Follow the following steps and you will be able to download and install Call of Duty: Ghosts on pc.