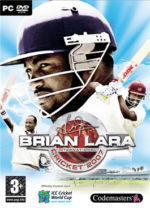 Brian Lara International Cricket 2007 Pc Game, is developed and published by Codemasters. This is a 3D game from Brian Lara Cricket series. The Game is very similar to previous Brian Lara Games series. It was released during the cricket world cup 2007. The release time gave more than expected popularity among cricketing fans.

If you know your cricket, you won’t be too fussed about this game’s gameplay. The basic of the real sports remains the same. One of the best feature of the game is it includes all the format of the Sports. This gives it a more playable touch. The game includes Test match Cricket, One Day Cricket, T20 cricket. Apart from these main formats of the game. The Gameplay also has a number of  Global event like ICC cricket world cup campaign and ICC Champions Trophy etc. Player also can do some fielding drills, batting practices or even net sessions. Number of popular stars are inducted into the main gameplay, like Brian Lara, Ricky Pointing, Sachin Tendulkar, Shoaib Akhtar, Yuvraj Singh and many more from different cricket playing nations.

The game commentary panel include some of the veteran commentators. Like  Jonathan Agnew, David Gower, Ian Bishop, Bill Lawry and Tony Greig.

The reviews about the game were a mixed of positives and negatives. Firstly the game was criticized for a number of reasons, like no noticeable improvement in graphics, Ultra easy gameplay, non appealing nature to non cricketing fans etc. Despite all these criticism, the game was praised for it’s realistic simulation of the actual sports. Also the presence of all the major events and formats gathered much praises than expected. 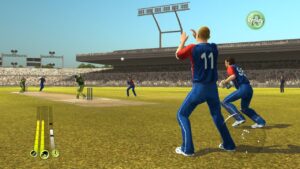